Sony definitely took their time with the unveiling of the PlayStation 5, but once they did, there was no stopping them. We take a look at the most important part of the console: the PS5 controller.

After the big presentation in June last year, the hype around Sony’s next console generation went into high gear. This hype doesn’t really stop until now and it is one of the most sought-after consoles on the market.

The big extra surprise was that Sony dropped the DualShock name completely. Instead, it was replaced with a new name: DualSense.

The controllers for every PlayStation console have carried the name DualShock since their introduction. Starting with the PlayStation 5, however, the controller will be called DualSense.

But not only the name is different, but also the design.

Below you can read more about the different aspects and functions of the brand new DualSense PS5 controller, based on the information currently available:

DualShock 4 vs. DualSense – What has changed? What is the difference? 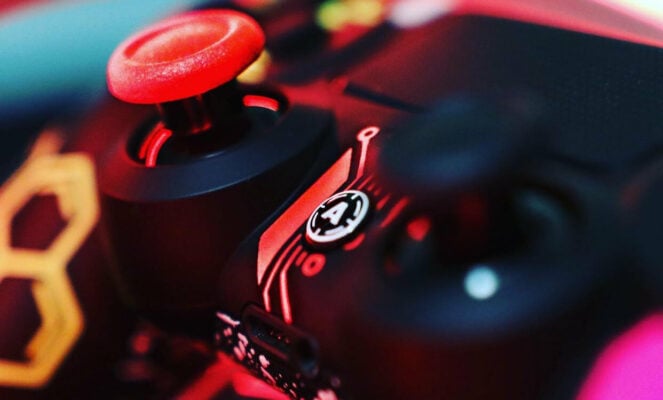 First of all, the controller has a two-tone colour scheme and even the buttons are reversed. 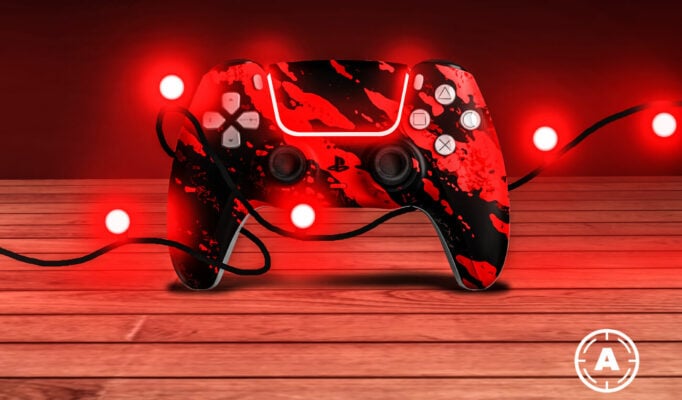 This is the area where the biggest difference between the DualShock 4 and DualSense can be seen.

With the latest controller for the PlayStation 5, it is clear that Sony wanted to try something different. This becomes painfully obvious when you consider that with a slight change in design and colour scheme, they could have created a DualShock 5 that fits the overall aesthetic of the PlayStation 5. But apparently that wasn’t enough for Sony.

The DualSense makes a good impression, and while the original colour scheme might not be your type, that’s not a big problem considering Sony offers it in other colours anyway. The new controllers come in Midnight Black and Cosmic Red.

Not to mention that if Sony doesn’t, you can always rely on third-party suppliers, like us, to deliver.

At AimControllers, you can customise your own PS5 controller design with a huge range of options to choose from.

But while the colour is something that can be changed, the design definitely stays.

Perhaps this is Sony’s way of admitting that the Xbox controller’s design is better than their own.

Two other noticeable changes are the omission of the coloured buttons on the front and the relocation of the lighting directly under the touch bar to create a less pronounced and more discreet lighting effect.

Ultimately, the DualSense is a radically different controller from its DualShock predecessors.

Even though the DualShock and DualSense share the same DNA and there are certain similarities, the DualSense feels like a step in the right direction and a necessary change, criticism or not.

Will the PS5 controller have back buttons or paddles? 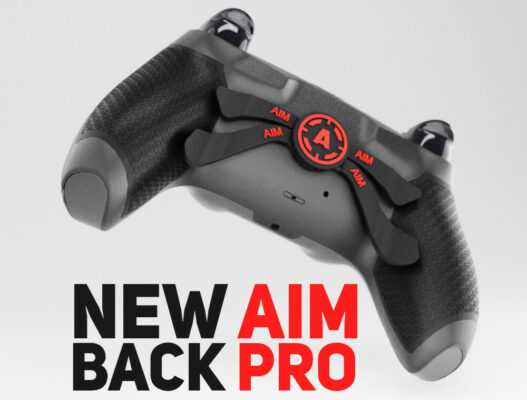 Sony stuck with a rather simple controller with the DualSense.

For this reason, the PS5 controller has neither back buttons nor paddles.

Whether this is definitive is difficult to assess at this point.

Fortunately, there are third-party manufacturers out there like us who are willing to add such features to the PS5 controller for a fee. At AimControllers, we have already addressed this issue and offer a wide range of options.

You can already easily get a pre-made PS5 controller and save time to start gaming right away.

Will a PS5 controller work on the PS4?

Unfortunately, the standard PS5 DualSense controller will not work with a PS4. When users try to connect a PS5 controller to a PS4 console, the devices cannot communicate with each other. Even if the PS5 controller is connected with a cable, the PS4 console will not respond.

The only way to connect the PS5 controller to a PS4 console is to use Remote Play and a PC. This is a highly impractical method, but it is better than nothing.

It is no surprise that the two generations of video game consoles are not compatible. The PlayStation controllers are very different from each other. Looking at the key features, it’s easy to see why the controllers aren’t easily interchangeable.